The Board of Directors of Louisiana Tech University’s Engineering and Science Foundation has elected its new officers for 2011-2012. 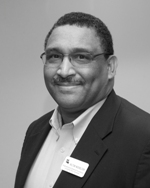 Hilton Nicholson of Clifton Park, New York will serve as president.  Nicholson is the president and CEO of Sixnet, a New York-based industrial and commercial connectivity company, and a former president of ADC’s Network Solutions Business Unit.  Nicholson received his B.S. degree in electrical engineering from Louisiana Tech, an M.S. in electrical engineering from Clemson University and an MBA from Duke University. Mike Pearson of Houston, Texas has been elecetd as the Foundation’s vice-president.  Since 2006, Pearson has been president and CEO of Orion Marine Group, Inc., a leading U.S. heavy civil marine construction company headquartered in Houston.  Orion is currently involved with projects along the Gulf Coast, Atlantic Seaboard, Caribbean, and the Pacific Northwest extending north to Alaska. Sandy Johnson of Houston, Texas will serve as secretary.  Johnson is owner and president of Barrios Technology, Ltd., of Houston, Texas.  The company provides engineering and technical services support for NASA’s human spaceflight programs.  Johnson received a B.S. degree in math from Louisiana Tech and a MBA from the University of Houston. 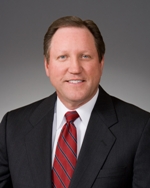 George Baldwin of Shreveport, Louisiana will be the new treasurer.  Baldwin is an owner and principal in Baldwin Madden Energy, LLC, an oil and gas acquisition and development company in Shreveport, Louisiana.  He received his B.S. in petroleum engineering from Louisiana Tech in 1978 and has been named a Privileged Director of the Louisiana Tech University Foundation. The Foundation, which was established in 1958, works to support the activities and programs of the university’s College of Engineering and Science and serves as an advisory committee to the Dean.  It also helps to secure funds in several areas including scholarships, endowed professorships and chairs. Louisiana Tech’s College of Engineering and Science is a nationally recognized leader in educational innovation whose goal is to become “the best college in the world at integrating engineering and science in education and research.”  The College of Engineering and Science is one of fourteen universities nation-wide to become affiliated with the Center for Advancement on Scholarship in Engineering Education (CASEE), a unit of the National Academy of Engineering. Written by Catherine Fraser – cfraser@latech.edu