Engineering and Science Foundation Board History 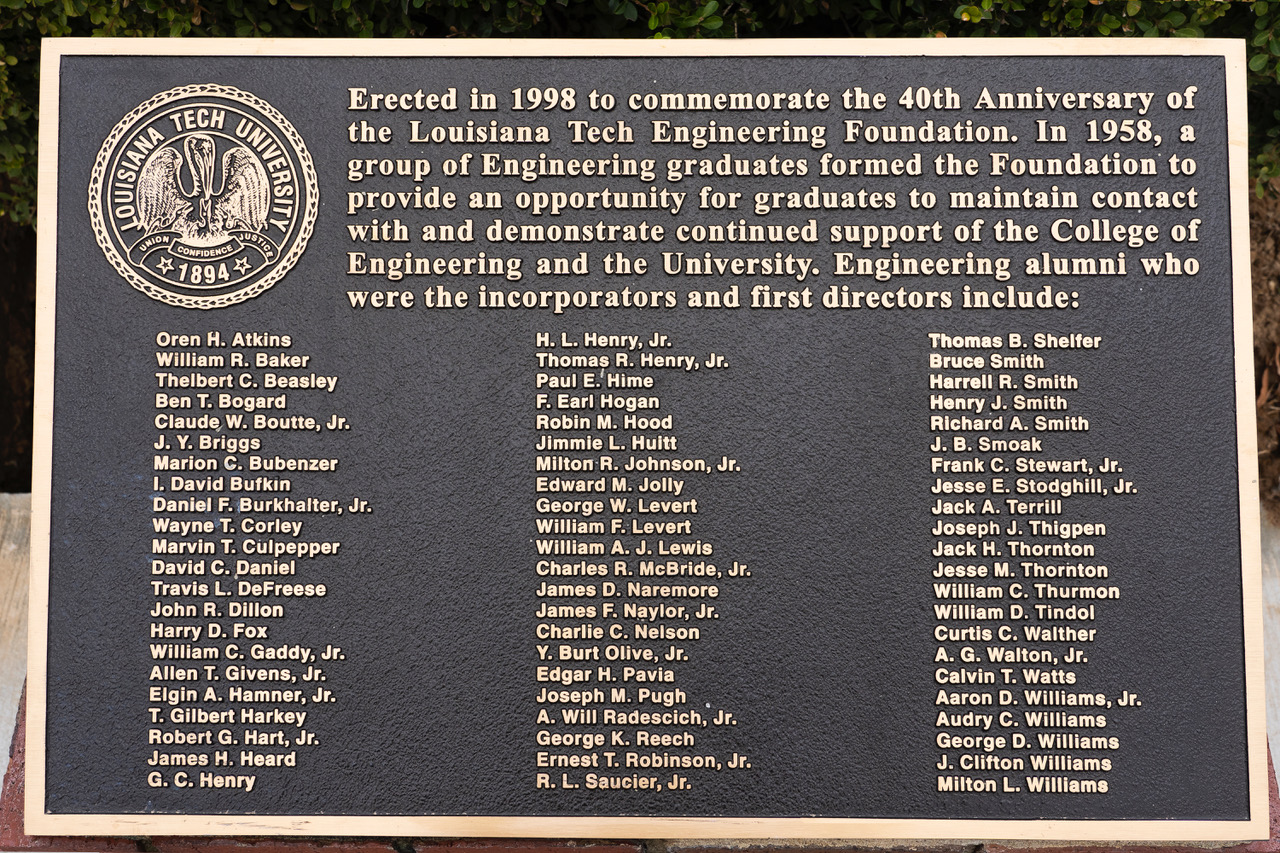 The Engineering and Science Foundation Board supports the activities and programs of the College, serves as an advisory committee to the Dean, secures funds to meet the College’s needs, and coordinates efforts with the University Foundation.

The Board consists of Directors, Associate Directors (less than five years out of school), leaders of program advisory boards, and Life Directors. Officers are elected from director-level members. Directors are selected from recommendations of various sources. Anyone may suggest a director, and suggestions are welcome.

In 1958, a group of Engineering graduates met several times and determined that an organization was to provide an opportunity for graduates to maintain contact with and demonstrate continued interest in the College of Engineering and the University. The Foundation was formed and then incorporated in 1961 it received IRS approval as a non-profit organization for the support of education.

The Foundation functioned at a moderate level of activity until the late 1970s, at which time a decision was made to become more effective in developing financial assistance and a three year campaign was started in 1982. Activity subsided once again after the drive.

The Board of Directors approved changing the Foundation’s name in 1997 to reflect Engineering’s merger with Chemistry, Math, and Physics to form the College of Engineering and Science.

Those involved in the organization, known as the ‘original incorporators’ (shown on the picture above) include the following.