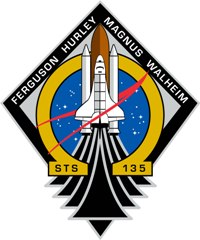 In addition to attending the launch, the Louisiana Tech contingent, representing four generations of graduates from the university, will be guests at a pre-launch reception with NASA administrators and former shuttle astronauts.  They will also have the opportunity for a behind-the-scenes tour of the Kennedy Space Center in Florida. Louisiana Tech’s VIP invitations were provided by Barrios’ President and CEO Sandra Johnson, who also serves on the College of Engineering and Science Foundation Board of Directors.  Barrios Technology has long been a major supporter of NASA and its shuttle program. “Sandy is one of only a handful of women to hold the position of CEO for an aerospace company,” said Catherine Fraser, director of development of Louisiana Tech’s College of Engineering and Science.  “We are so pleased that she is also serving on our college’s board of directors and honored that she chose to include Louisiana Tech at this historic event.” Friday’s scheduled launch will mark the 135th and final space shuttle mission.  The first launch took place on April 12, 1981 with the Columbia shuttle and a two-man crew that orbited the earth 37 times during the 55 hour mission.  The final mission, officially called STS-135, is set to send the Atlantis shuttle with four crew members into orbit for 12 days.