Matt Saurage, chairman of the Board of Directors for the Community Coffee Company, will speak to Louisiana Tech University students and faculty on October 24, as part of the College of Engineering and Science’s “Today’s Leaders in Engineering and Science” lecture series. The presentation will take place in University Hall on the Louisiana Tech campus at 4:00 p.m. and is free and open to the public.  A reception will be held in University Hall immediately after the speech. Saurage, who earned a bachelor’s degree in engineering from Louisiana Tech, has been involved with the Community Coffee Company since 1995 and has been Chairman of the Board since June 2012.  He is a fourth generation family member to take control of the Louisiana-based company.  Henry Norman “Cap” Saurage began selling coffee out of his country store in 1919.  Today, the Baton Rouge based company is the largest family owned and operated retail coffee brand in America. 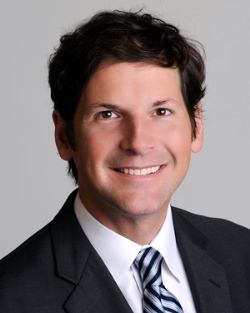 Saurage has worked in several different areas of the company including the manufacturing facility, marketing, the CC’s Community Coffee House operations, and new product development.  Prior to becoming chairman of the Board, he served as president and chief executive officer. Saurage and his father, Norman Saurage III, personally cup test coffee to assure it meets Community’s standards for quality and flavor. Saurage and his family have also lived in Brazil to better understand the nuances of growing, selecting and trading coffee. In addition to his degree from Louisiana Tech, Saurage also holds an MBA from Vanderbilt University.  He volunteers on various boards of non-profit organizations, benefiting the interests of education and the arts.  He also helps to guide Community Coffee Company’s philanthropic activities, including its Community Cash for Schools® program, which benefited over 800 schools last year. Written by Catherine Fraser – cfraser@latech.edu