Dr. Jenna Carpenter, associate dean of administrative and strategic initiatives for the College of Engineering and Science at Louisiana Tech University, was among an elite group of engineering professors and experts that was invited to participate in the Global Grand Challenges Summit this past week in London. The Summit is a global initiative of the National Academies of Engineering in the U.K., the U.S. and China that challenges the world’s best minds and innovators to share their ideas on how to solve the world’s most pressing challenges. 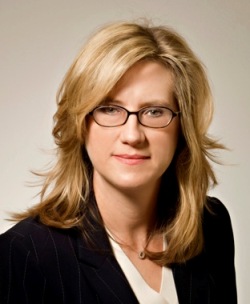 14 Engineering Grand Challenges were identified in a 2008 report by the U.S. National Academy of Engineering, covering a wide range of issues, including energy, food, water and urban infrastructure. Louisiana Tech’s National Academy of Grand Challenge Scholars program will soon hold its third annual Grand Challenge Scholars Showcase, which is led by Carpenter who also serves as the chair of the National Academy of Engineering Grand Challenge Scholars Program Steering Committee.  Louisiana Tech is one of just twelve universities across the nation with an active Grand Challenge Scholars program. “We are so pleased with the success of our Grand Challenge Scholars,” said Carpenter.  “The program provides Louisiana Tech students with broader skill sets and motivates them to reach for even higher accomplishments that distinguish them as some of the top engineering and science graduates in the nation.” Speakers that have spoken at or played a role in Global Grand Challenges Summits include Craig Venter, the scientist who led the first sequencing of the human genome and construction of the first synthetic bacterial cell, and Microsoft founder Bill Gates.  Will.i.am, Grammy Award winning artist of the music group The Black Eyed Peas, also made an appearance and urged engineers and scientists to include the arts in their attempt to attract young people to study science, technology, engineering and math (STEM). The goal of the two-day conference is to spark discussion and debate between thought leaders of today, and over 400 of the business, research and policy leaders of tomorrow, on how to develop the collaborations, networks and tools needed to solve our common global challenges. For more information on the summit, log onto http://conferences.theiet.org/grand-challenges/broadcast/index.cfm. Written by Catherine Fraser – cfraser@latech.edu