The Louisiana Tech Engineering and Science Foundation (ESF) announces the election of its new officers and directors for the 2013-2014 academic year. Foundation members met in Houston last week for their spring board meeting and elected Sandy Johnson as president of the ESF Board of Directors for the upcoming year.  Johnson, a 1978 mathematics graduate from Louisiana Tech, is president and owner of Barrios Technology in Houston, Texas.  Johnson will succeed Mike Pearson, CEO of Orion Marine Group in Houston, Texas, as Board president.  Pearson graduated from Louisiana Tech in 1969 with a degree in civil engineering. 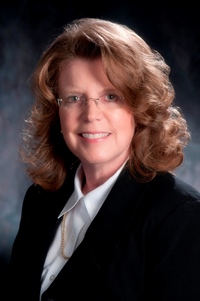 Tim Petrus, vice-president of MS Partners in Fort Worth, Texas, was elected to serve as the ESF Board’s new vice-president, and Rick Shaw of Lakewood Ranch, Florida, was elected treasurer.  Zeffrey Lucas of Houston, Texas, is the ESF Board’s new secretary. New ESF Board directors include Jim Dixon, president and CEO of Compucom in Dallas, Texas; Ernest Green, site leader for Dow Angus in Sterlington, Louisiana; Trott Hunt, president and owner of HGA in Ruston, Louisiana; Laura Hunt of Dow Chemical Company in Midland, Michigan; Bob Hamm, CEO of Hamm Enterprises in Shreveport; Taylor Fritz of Cameron in Houston, Texas; and Jon Manns, plant manager of PPG in Lake Charles.  Monty Offutt, associate technical fellow with Boeing in Huntsville, Alabama, was re-elected to serve a second three-year term. The Louisiana Tech Engineering and Science Foundation Board of Directors meets three times annually and advises the dean of the College of Engineering and Science on matters of need within the College. Louisiana Tech’s College of Engineering and Science is a nationally recognized leader in educational innovation whose goal is to become “the best college in the world at integrating engineering and science in education and research.”  The College of Engineering and Science is one of fourteen universities nation-wide to become affiliated with the Center for Advancement on Scholarship in Engineering Education (CASEE), a unit of the National Academy of Engineering. Written by Catherine Fraser – cfraser@latech.edu