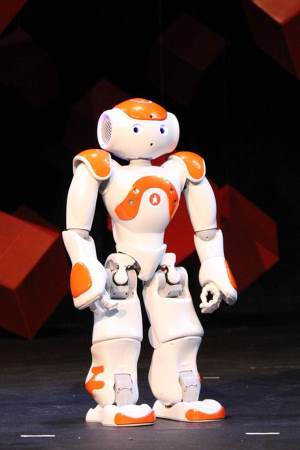 Robotics Competition 2013 will require students to apply their knowledge of computer architecture and use the hardware and software skills they’ve learned in their computer science classes to create robots that will have to traverse a complex maze in the least amount of time.  The robots will utilize devices such as IR sensors to detect objects and will use microcontrollers for the brains.

The students will program their robot to be “intelligent” enough to find their way through maze.  Once turned on, the robots will have to run autonomously and make their own decisions.

“The competition engages our students in ‘active learning,’” says Dr. Ben Choi, associate professor of computer science and event organizer.  “They learn not only computer hardware, but also software that will make the robot smart.  Students learn more and have fun learning while taking part in the competition.”

Choi says the students will also learn time management and design strategies to make the robot as light and fast as possible, without flipping over.  The competition provides a platform for the students to display their skills in front of the audience and aides them in their overall development.

In addition to the competition, attendees will get a first glimpse of NAO – a humanoid robot prototype that could make its way into the households of the future.  Through a grant, Louisiana Tech was able to purchase five NAO robots from Aldebaran Robotics, the French company responsible for developing the technology.

Students and faculty in Louisiana Tech’s computer science department have already begun enhancing the NAOs’ abilities and has made them “smart” by customizing their programming.  They have programmed each of the robots to do various tricks such as performing yoga and tai-chi.

“The objective is to excite students about learning more about humanoid robots, which I think will be the future of robotics and will be in every home like an appliance helping people perform various tasks,” Choi said.