Dr. Mark DeCoster, the James E. Wyche III Endowed Professor in Biomedical Engineering at Louisiana Tech University, and his team of researchers are featured in a cover story in the latest edition of Genetic Engineering & Biotechnology News (GEN) – one of the premier and most widely read biotechnology publications in the world. 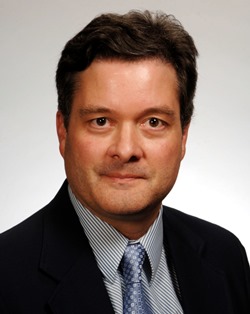 The featured article titled, “Strategies to Optimize Cell Culture” discusses the role cell culture plays in the $100 billion biologics market in the United States and the new three-dimensional technology that DeCoster and his group have discovered at Louisiana Tech which allows cells to better mimic the body for testing beneficial drugs.

“Our research is giving us a better understanding of how to safely utilize nanomaterials to interact with groups of cells,” said DeCoster.  “For example, this technology could help us understand how nanomaterials could be better engineered to target cancer, as well as how to minimize the negative impacts and side effects on surrounding, normal cells.”

DeCoster says he and his team have been working on this project for over a year and believe that this work could greatly benefit the field of nano and biotechnology in multiple ways.

“It will provide a better platform for testing for the toxicity of compounds than is currently available,” DeCoster said.  “Because this system looks at cells in 3D, it better approximates what happens in the whole body than traditional toxicity systems do.

“Our system can also be used to look at the bioprocessing of nano and micromaterials in 3D.  When we add these materials to cells or the body, they often work as a unit and not as individual cells, so our 3D system may be a better test system for how these materials are processed by groups of cells.” 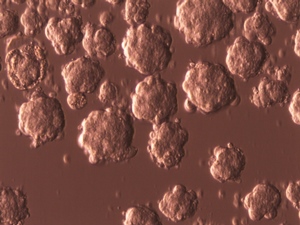 The recognition that DeCoster and his team have gained from the cover story in GEN is important within the field of engineering and biotechnology, and to the industries that rely on the discoveries and innovations being produced by researchers all over the world.

“GEN has a strong presence on the web, and I know that I and many of my colleagues still also look at the print version often to keep up with the latest in biotechnology news,” explains DeCoster.  “Our work featured in GEN represents that of current and former students and a postdoctoral fellow, and it is very satisfying to see all of these efforts highlighted now.”

DeCoster says this type of recognition is part of what he was envisioning and working for when he came to Louisiana Tech six years ago.  “It makes a big statement about the nanotechnology and biotechnology areas of expertise at Louisiana Tech University.  These areas are very multi-disciplinary, so the faculty and staff and students that put their efforts into this success reflect part of why I am excited about the growth that I have seen at Louisiana Tech since coming here.”

DeCoster says that he and his group are poised to grow their technology in the future, regionally and beyond.

“We have some good partners on the Louisiana Tech campus as well as in Shreveport, and in Baton Rouge, and we are looking to connect with others both academically and commercially to continue to make this area a technology success.”