Dr. Lee Sawyer, director of chemistry, physics and nanosystems engineering and professor of physics at Louisiana Tech University, will lead a discussion following a screening of “Particle Fever,” Monday, March 16 at the Robinson Film Center in Shreveport, as part of the second annual National Evening of Science on Screen. 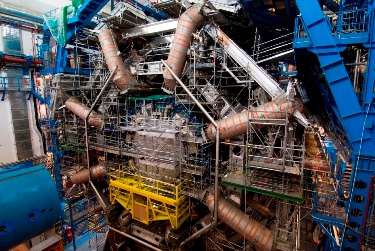 Sawyer is one of the distinguished researchers behind the ATLAS experiment at the Large Hadron Collider at CERN in Switzerland. The screening and discussion are intended to entertain and enlighten a general audience as well as highlight the connections between science and film. Sawyer’s talk will focus on “How to Chat about Dark Matter, Supersymmetry and Particle Physics on Date Night.” He will also field questions to help audience members understand why the ATLAS experiment and the Large Hadron Collider matter. Particle Fever (2013) is a documentary by physicist Mark Levinson that follows six scientists during the launch of the Large Hadron Collider (LHC), the world’s largest and most powerful particle accelerator, which was built to recreate conditions that existed just after the Big Bang and to find the Higgs boson, the “God particle.” This giant machine represents the biggest and most expensive experiment in the history of mankind. Ten thousand scientists from around the world have collaborated to build and operate the LHC in an effort to recreate the conditions that existed moments after the “Big Bang” in an attempt to explain the origin of all matter. The screening will begin at 6 p.m. and is one of 22 that will occur at independent theaters across the country. Tickets for the Shreveport screening are $10 for the general public and free for Robinson Film Center members. Call (318) 459-4122 for more information or visit www.robinsonfilmcenter.org. Written by Brandy McKnight – mcknight@latech.edu