Dr. Jenna Carpenter, associate dean for undergraduate studies in Louisiana Tech University’s College of Engineering and Science, visited the White House on Monday, and was on-hand as President Barack Obama interacted with young engineers and scientists from across the nation at the 2015 White House Science Fair. 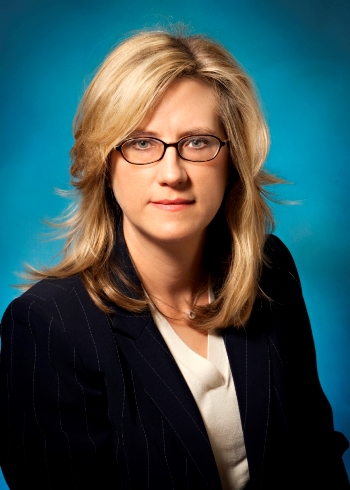 Carpenter, who serves as chair of the national steering committee for the National Academy of Engineering Grand Challenge Scholars Program (NAE GCSP), was in the White House as K-12 student winners from science, technology, engineering, and math (STEM) competitions from throughout the U.S. presented their inventions and discoveries to President Obama. The NAE GCSP is an interdisciplinary, co-curricular program designed to better prepare engineering graduates to solve real-world, 21st century problems and enhance their leadership and interpersonal skills. Louisiana Tech became part of the NAE GCSP in 2009 and has combined interdisciplinary courses and activities outside of the classroom to help students better understand the broader social, cultural, and ethical implications of their technology. “It is such an honor to attend this event and see the accomplishments of these students,” said Carpenter. “I am particularly pleased that President Obama is highlighting the accomplishments of girls in science this year.” This year’s White House Science Fair not only highlighted research and prototyping skills of burgeoning scientists and engineers, but also focused on girls and women in STEM and the growing need and opportunity for diversity in the fields. Carpenter said that initiatives such as the White House Science Fair help diversify science and engineering by highlighting a larger variety of methods and applications than generally considered in the traditionally male-dominated fields. “It’s no secret that we aren’t attracting enough girls to fields like science and engineering,” said Carpenter. “We need the innovation and creativity that they bring to the table to help our nation solve the grand challenges that face our world. We also need them to help our country maintain its competitive edge in the workplace and on the forefront of research. That’s what these students are doing here today.” In addition to her role as associate dean, Carpenter is the Wayne and Juanita Spinks Professor of Mathematics and Statistics in Louisiana Tech’s College of Engineering and Science. Outside the university, she serves as president of the Women in Engineering Proactive Network (WEPAN) and was the recipient of their 2013 National Distinguished Service Award for her efforts on behalf of the organization. Written by Brandy McKnight – mcknight@latech.edu