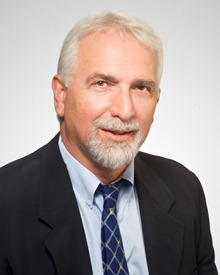 The NAI Fellows Selection Committee chose to induct Iasemidis in recognition of his “highly prolific spirit of innovation in creating or facilitating outstanding inventions that have made a tangible impact on quality of life, economic development, and the welfare of society.” Election to NAI Fellow status is a high professional distinction accorded to academic inventors who have demonstrated a highly prolific spirit of innovation in creating or facilitating outstanding inventions that have made a tangible impact on quality of life, economic development, and welfare of society. “I am really honored with this national distinction,” said Iasemidis. “I look forward to continuing along the path of translational research discoveries from biomedical engineering to medicine for the good of humanity.” Iasemidis is an internationally recognized expert in nonlinear dynamics and the detection, prediction and control of crises in complex coupled systems. He is also one of the founders of the field of seizure prediction, is a co-founder of two companies involved in neuromodulation and control of epilepsy, and is the co-author of 10 patents in this area. His research and over 100 peer-reviewed publications, patents, interdisciplinary conference organizations, presentations and invited talks have stimulated an international interest in brain dynamics, particularly the prediction and control of epileptic seizures and understanding of the mechanisms of epileptogenesis. Iasemidis has had nearly 5,000 scholarly citations and has an h-index of 33, and his research has been highlighted in multiple forums, including the New York Times, Discover magazine, the Teaching Company, and the American Society for the Advancement of Science. “Our College is fortunate to have such a talented innovator working with our students to address challenges in the Presidential BRAIN initiative which is aimed at revolutionizing our understanding of the human brain,” said Dr. Hisham Hegab, dean of Louisiana Tech’s College of Engineering and Science. In addition to his own research, Iasemidis has served on the editorial board of Epilepsia, the IEEE Transactions on Biomedical Engineering, the International Journal of Neural Systems and the Annals of Biomedical Engineering. He is a reviewer for the National Institutes of Health (NIH), the National Science Foundation (NSF) and several international sponsoring agencies and foundations. Iasemidis is a Senior Member of IEEE and a Fellow of the American Institute of Medical and Biological Engineers. The NAI Fellows will be officially inducted as part of the Fifth Annual Conference of the National Academy of Inventors on April 15, 2016 at the United States Patent and Trademark Office (USPTO). NAI Fellows represent more than 190 prestigious research universities and governmental and non-profit research institutions. The 2015 Fellows account for more than 5,300 issued U.S. patents, bringing the collective patents held by all NAI Fellows to more than 20,000. USPTO Commissioner for Patents Andrew Hirshfeld will provide the keynote address for the induction ceremony. In honor of their outstanding accomplishments, Fellows will be presented with a special trophy, medal and rosette pin. Written by Brandy McKnight – mcknight@latech.edu