More than 90 students from Louisiana Tech University’s College of Engineering and Science are preparing for the future of robotics by competing in the annual Robot Competition hosted by the Computer Science program and sponsored by local tech companies, PioneerRx Pharmacy Software and Praeses. 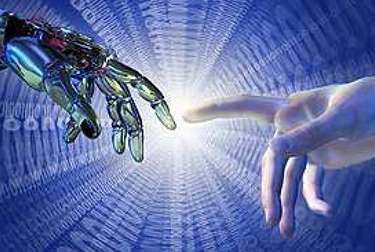 Teams of three to four Computer Science, Cyber Engineering and Electrical Engineering students will pit their innovation, design skills and programming prowess against one another as robots built by the teams race to complete a maze. As robots race through the maze, they will sense empty space to determine which way to travel through the open path. Winners will then go into a play-off like system competing against one another until a winner is determined. The team with the best time will win the maze competition. In addition to the maze competition winners, awards will be given for best design. “This event encourages the students in active learning and to be innovative,” Dr. Ben Choi, associate professor of computer science and event organizer said. “The students learn both software and hardware and have an opportunity to be creative.” Choi will also demonstrate new, state of the art robots, such as a NAO robot, humanoid robot prototype, as well as an unmanned aerial vehicle during the event. The event is scheduled to begin at 3:30 p.m. in the Student Center and is free and open to the public. Written by Brandy McKnight – mcknight@latech.edu