May 25, 2016 | Engineering and Science, Research and Development

Dr. Ben Choi, associate professor of computer science at Louisiana Tech University, will present his research on a groundbreaking new technology that has the potential to revolutionize the computing industry during a keynote speech next month at the International Conference on Measurement Instrumentation and Electronics. 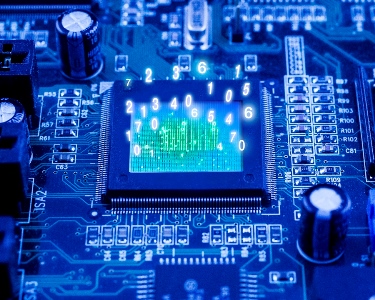 Choi will present on a foundational architecture for designing and building computers, which will utilize multiple values rather than binary as used by current computers. The many-valued logic computers should provide faster computation by increasing the speed of processing for microprocessors and the speed of data transfer between the processors and the memory as well as increasing the capacity of the memory. This technology has the potential to redefine the computing industry, which is constantly trying to increase the speed of computation and, in recent years, has run short of options. By providing a new hardware approach, the technology will push the speed limit of computing using a progressive approach which will move from two values to four values, then to eight values, then to 16 values, and so on.  Future computers could be built using this many-valued approach. “Advances in the foundational design of the computer are needed in business and research applications as well as at the foundation of cyber security efforts across the nation,” said Dr. Galen Turner, director of computer science, cyber engineering, electrical engineering and electrical engineering technology at Louisiana Tech.  “Dr. Choi’s invitation to present at the upcoming conference has increased interest in this foundational architecture.” Louisiana Tech and Choi have filed a U.S. patent application for this groundbreaking technology titled “Method and Apparatus for Designing Many-Valued Logic Computer.” “If this is successful, computers in the future will be based on our technology,” said Choi.  In addition to the keynote speech, Choi’s research will be released in a publication in the related journal. Choi earned his Ph.D., M.S., and B.S. degrees from The Ohio State University, specializing in computer science, computer engineering and electrical engineering.  His research focus areas include Humanoid Robots, Artificial Intelligence, Machine Learning, Intelligent Agents, Semantic Web, Data Mining, Fuzzy Systems, and Parallel Computing. Prior to coming to Louisiana Tech, Choi served as a visiting research scholar at DePaul University, University of Western Australia and Hong Kong University of Science and Technology. He has also worked in the computer industry as a System Performance Engineer at Lucent Technologies (Bell Labs) and as a private computer consultant.