Dr. Ronald I. Miller, retired senior intelligence officer for the United States Department of Defense, will speak at 4:00 p.m. Thursday in Carson-Taylor Hall 322 as part of the weekly Science Seminars at Louisiana Tech University. As a guest of Louisiana Tech’s physics department in the College of Engineering and Science, Miller will talk about his non-traditional physics career, focusing on work with the U.S. Intelligence Community. He will discuss two unclassified projects on directed energy weapons that he led at the Defense Intelligence Agency’s Missile and Space Intelligence Center. 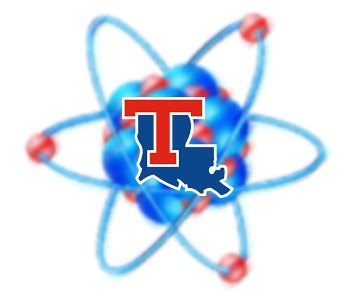 “Dr. Miller’s long service in our nation’s intelligence community is both fascinating and an important example of the career opportunities for math and science majors outside of academia,” Dr. Lee Sawyer, director of chemistry, nanosystems engineering and physics said. “This seminar is a unique opportunity for students and faculty to hear about some of the most interesting and exciting developments in Directed Energy Weapons, as well as a general overview of our nation’s intelligence agencies.” Miller served on the Directed Energy Weapons Staff at the Defense Intelligence Agency’s Missile and Space Intelligence Center (MSIC) at Redstone Arsenal, Alabama for 32 years. He also served on the Directed Energy Weapons Subcomittee of the U.S. Intelligence Community in Washington, D.C., which he chaired for eight years. Prior to joining the MSIC, Miller was employed by the Boeing Aerospace Company where he contributed to NASA research in the solidification of materials in micro-gravity environment of space. Experiments on Skylab, the Apollo-Soyuz mission and other sub-orbital rocket flights helped lay the foundation for materials science in space projects currently on the Space Station. Miller is the author of 78 scientific journal articles, books and government reports in the fields of liquid state physics, low temperature physics, electromagnetic field theory and laser science/systems engineering, including the first book covering the history of the development of laser weapons at Redstone Arsenal. He has received numerous NASA, Intelligence Community and United States Department of Defense honors, including the National Intelligence Medal. “Our seminar series has had a very successful quarter with exciting speakers, and we are grateful to Dr. Miller for participating in the last seminar of fall 2016,” said Dr. Neven Simicevic, professor of physics and event organizer. “We are grateful that each of the speakers has offered their time to contribute to the education of anyone interested in science.” Miller earned his bachelor’s degrees in mathematics and physics from Austin Peay State University, a master’s degree in physics from Clemson University and a doctorate in physics from Clemson Southeastern Institute of Technology. The Louisiana Tech Science Seminars are weekly talks offered by the physics program and are free and open to the public.  The physics-related talks are geared toward general audiences and begin at 4 p.m. on Thursdays in Carson-Taylor Hall 322 on the Louisiana Tech campus. Written by Brandy McKnight – mcknight@latech.edu