Jeffrey A. Pike, senior lecturer of civil engineering and construction engineering technology at Louisiana Tech University, has been named the Vantage Health Plan 2016 Visionary Educator of the Year. 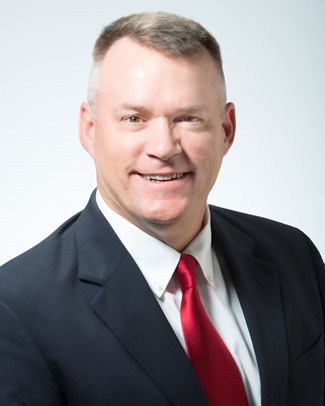 The honor is awarded to outstanding faculty and staff members who have shown a strong commitment to the field of education through hard work and dedication to the field. Billy Justice, director of marketing and sales for Vantage Health Plan, presented Pike with the award before a crowd of thousands at the Thomas Assembly Center during halftime of the Bulldog’s basketball game against Rice University. “It was a pleasant surprise and an honor to be recognized in this way,” Pike said of the award. “I get great satisfaction from being an educator at Louisiana Tech because it’s such a great place to invest in our future.” Pike has exhibited leadership and service at Louisiana Tech since becoming a full-time faculty member in 2009.  He is a member of the Louisiana Professional Engineering and Land Surveying Board and serves as chair of the Louisiana Engineering Society and Monroe Chapter of the Professional Engineers in Education Committee. He was also awarded the 2016 F. Jay Taylor Undergraduate Teaching Award at Louisiana Tech’s spring quarter commencement ceremony last spring. Pike earned his bachelor’s degree in engineering from the United States Military Academy at West Point, and his master’s degree in engineering from the University of Texas at Austin. He went on to teach at the United States Military Academy in its Department of Civil and Mechanical Engineering from 1995 to 1998, and Department of Chemistry and Life Sciences from 2001 to 2003. Pike was also the Professor of Military Science at Stephen F. Austin State University from 2003 to 2007. Pike served as an active duty infantryman in the United States Army for more than 22 years and earned the rank of Lieutenant Colonel before retiring from the armed services in 2007. He has earned professional engineering licenses in Virginia, Texas and Louisiana, and is an active professional engineer in Louisiana. Written by Brandy McKnight – mcknight@latech.edu